Welcome to the Eureka Tower in Melbourne, Victoria, Australia. We will waive the entry fee in the understanding that you will not ask questions about the true height of our most magnificent skyscraper until the end of your tour. As you can see from your studio apartment window, looking North on the city, the Eureka tower is a splendid masterpiece of contemporary architecture. 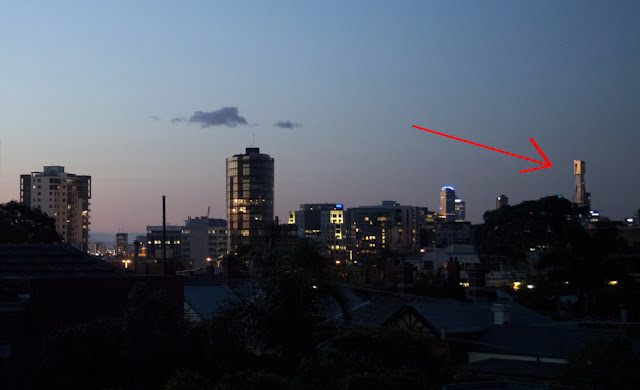 Completed in June 2006, its 91 storey exterior is made up of 52,000 sq m of glass, the top 10 floors of which are plated with 24 carat gold. It's a residential building, containing 556 apartments, with the top 5 floors containing just one apartment each, and starting at over $7 million, unfinished.


The tower is named after the Eureka Rebellion, which occurred in 1854 during the Victorian gold rush. The blue plated glass with white stripes resembles the flag of the Stockade insurgents. The gold plated windows symbolize the shared material objective of the gold miners and the British colonial authority, and the tell-tale red stripe symbolizes the blood that was shed by the 24 miners who died fighting against taxation without representation.  The miners did not die in vain, however, as, on November 24 1857, the Victorian parliament became the first in Australia to grant universal white male suffrage. 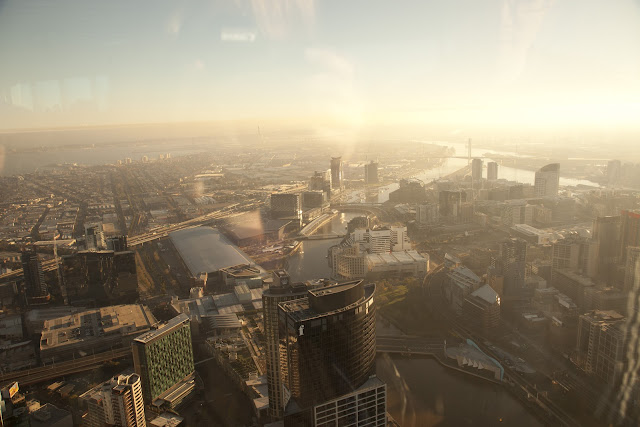 I'll take a moment here to apologize for the color balance in the photographs being horribly off. Busy as I am with my two jobs at the moment, I haven't had time to correct them. You may find it interesting to note, however, that the reason the colors are so wacky is actually the coloring of the glass windows at the top: about half of the observation floor has blue glass windows, and the other half is plated in 100% gold. 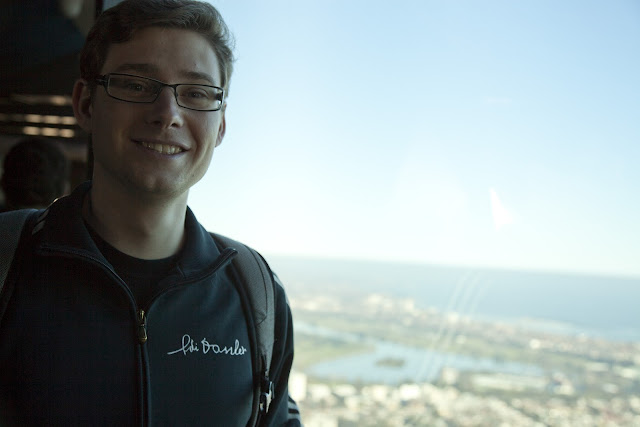 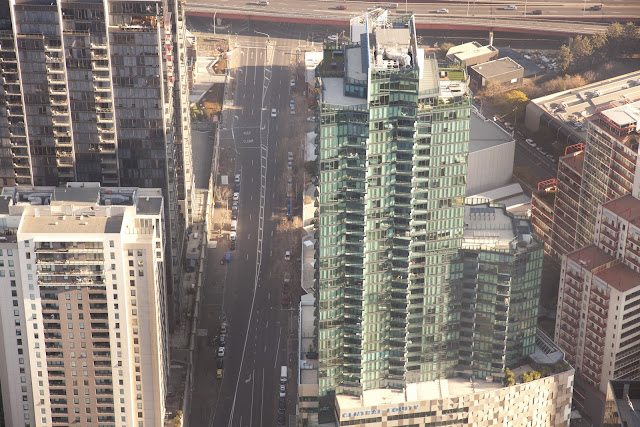 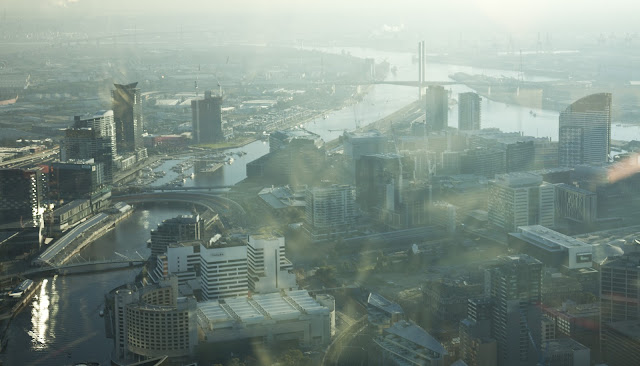 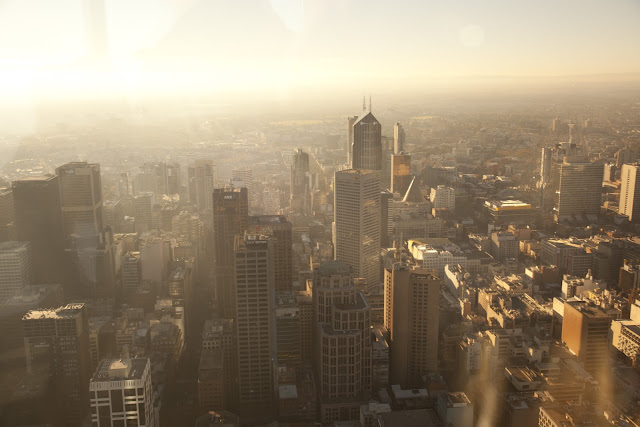 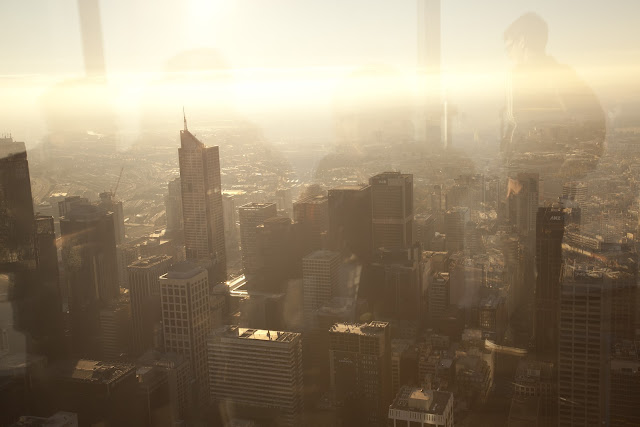 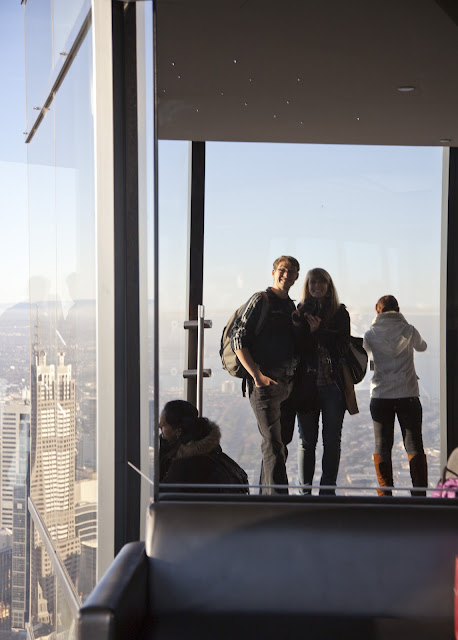 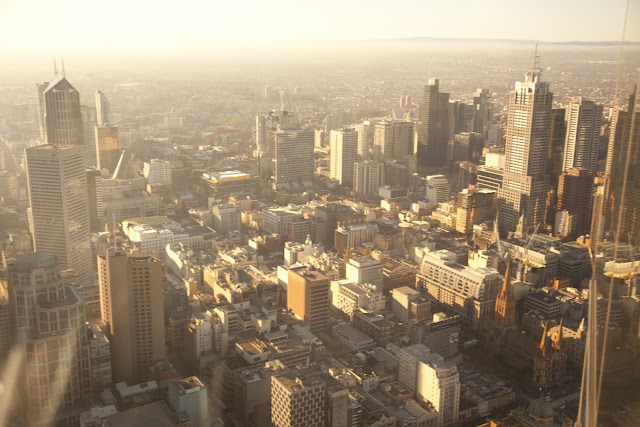 Posted by Unknown at 9:12 PM No comments: