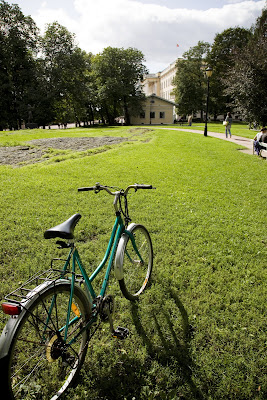 I have been riding my bike so much lately that sometimes it feels awkward to walk! I have devised a system that some may consider lazy, but I contend it is merely a resourceful method to accomplish as many tasks as possible while still conserving vital energy reserves for later. Here it is: I ride my bike downhill from Kringsjå Studentby, the area where I live, to my classes (either near Ullevål Stadion or at the UiO campus at Blindern). Then I bring my bike on the T-Bane back up the hill with me when I'm finished. Now, the hill down from Kringsjå boasts at least a 10% grade (see "Measuring Hilliness of Routes," Roberts, Kenneth S. http://www.roberts-1.com/bikehudson/r/m/hilliness/index.htm) for about 2 km. On a good day, I walk my bike only a small part of the way. Now, don't get me wrong, I'm not against exercise by any means; I'm just against suicide, which is what that road can turn into after a long day of classes! I really feel that my love and dedication for Begerka boogie bike has a linear relationship with the amount of arduous riding I do. The average hilliness of roads around here is enough to have firmed up my leg muscles into a state that's twice (ballpark estimate) as solid as they were before I came here!

Anyway, yesterday I joined a couple other Fulbrighters and former Fulbright Program Officer for a berry-picking excursion. We walked the traditional route from Frognerseteren to Sognsvann (about 4km as the crow flies), finding occasional blueberry goldmines along the way. Tyttebær, like a miniature Norwegian version of the cranberry in taste and appearance, but growing more in hilly areas than bogs, grow in abundance near most blueberry bushes. I picked almost a whole liter of berries, enough to make a healthy supply of jam, I think. I also found a few raspberries - though these were few and far between and were begging to be eaten immediately rather than squirreled away in my berry container. I granted them that privilege. hahaha I will try to get a hold of a certain photograph a fellow Fulbrighter took of me after I had applied my "bushel-berry-badass" war paint. 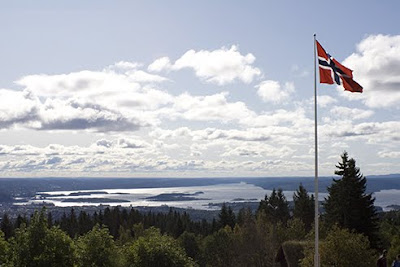 View of Oslo Fjord from Frognerseteren 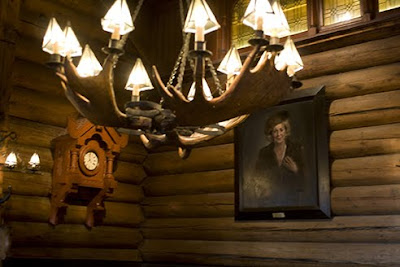 Rustic restaurant, also at Frognerseteren
Last night a few friends took me to a way cool cat's club that hosts a free jazz show on Sunday nights. Despite the glitzy, sequined or mirror-covered images suggested by the joint's name (Blå = "blue") the atmosphere is eclectic and welcoming. Missed the band this week but I will probably return there again weekly!

Two more portrait and interview sessions completed this weekend!! Pretty productive weekend! There is so much happening in 'mitt liv' right now, I should probably write more than once a week. 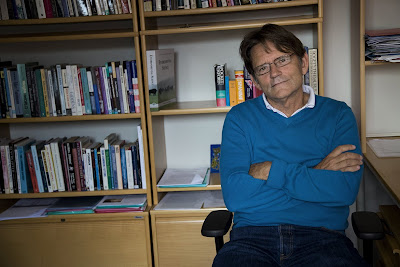