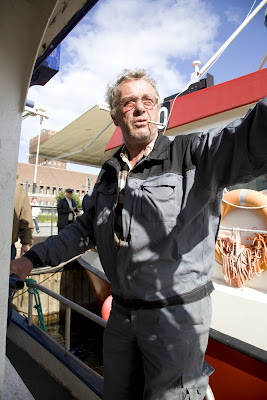 It sounds like your jumping right into things over there and having some fun.

"Kristian Kristiansen" really pretty normal. It's the same tradition as people naming their children after themselves. I knew a family where the father was named John; his son (the youngest child) was also named John; and the oldest girl was named Johnine and the middle child, a girl, was named Johanna. What an absurd ego!

In Iceland, all offspring, by statute, have their father's name as a surname. They can't legally do otherwise. My grandmother was named Thorhildur Jansdottir (Thorhildur, the daughter of Jan).

I'd like to hear any information you learn that might serve to confirm or disprove my thesis that the only way you'll get people and nations to change their earth-eroding behaviors is by force. Voluntary politics will always yield (or so I think) "too little, too late."

TIME magazine just ran an article a week or two ago that said it's already too late.